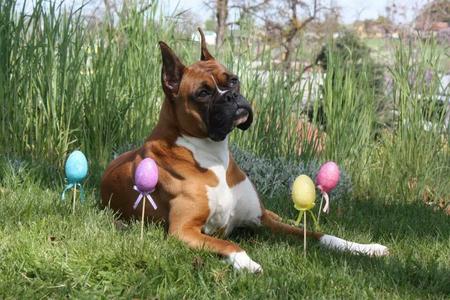 Morgan winning Best of Winners (shown above) for her 1st major,handled by Sarah Moore of Vintage Boxers. Judge: Roger Hartinger 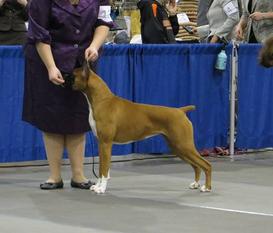 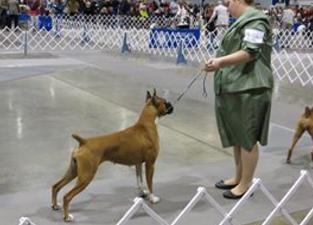 Morgan taking WB/BOW/BOS (over multiple specials) for her second and final major. This win under Judge Mrs. Honey Anne Glendining gave Morgan her American Championship. Morgan was handled to this exciting win by Dani Keller of Jestic Boxers. 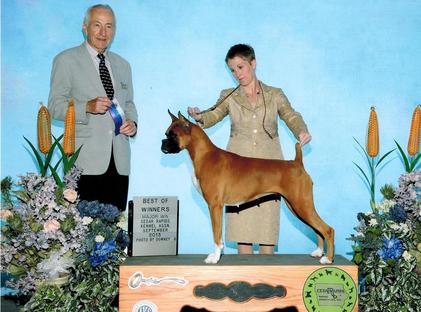 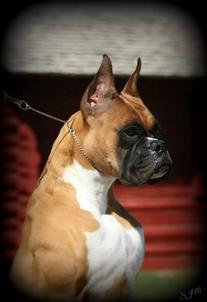 Some of our wins: 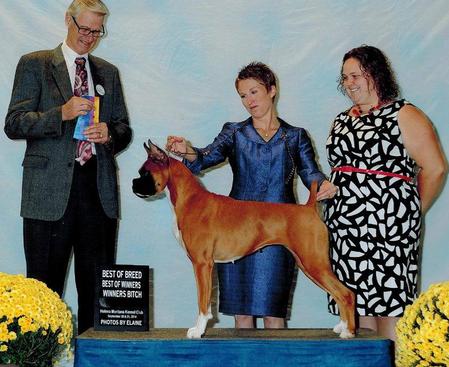 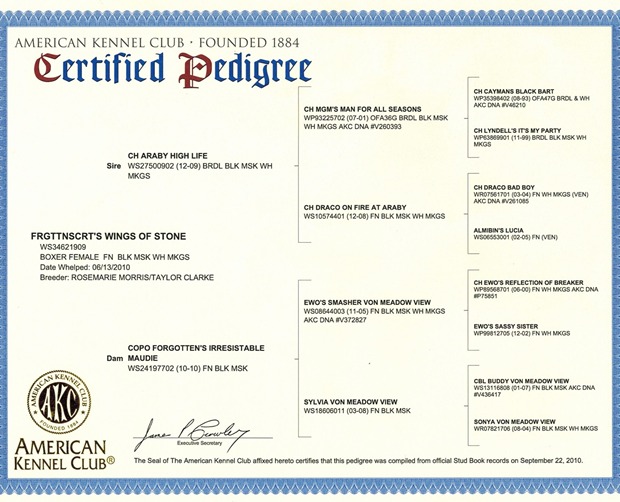 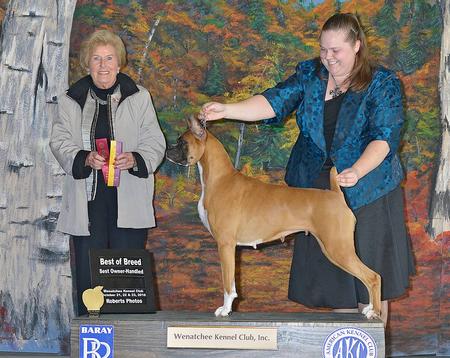 Morgan was my first introduction to the world of conformation and has been a great “guinea pig” for us to learn together. Not only is Morgan beautiful but she is smart too, as well as being an American Champion in Conformation, she also has a few other titles that we are proud of. Morgan is also a certified therapy dog, has started her agility career & she's achieved titles in Rally & Lure Coursing. 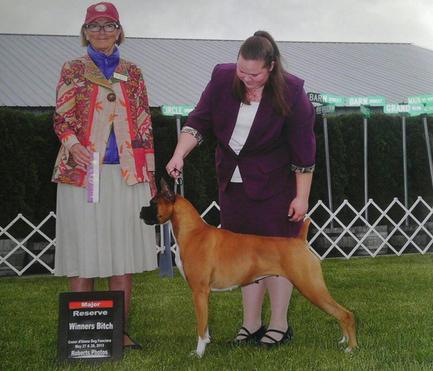 ​​December 4th 2014: Morgan tested for Therapy Dog certification and PASSED with highest possible rating. She is my second certified Therapy dog through the Pet Partners Program.

October 16th 2016: Morgan finishes her Grand Championship under Judge Gary Newton after being awarded Select. All Owner Handled, I could not be more proud! 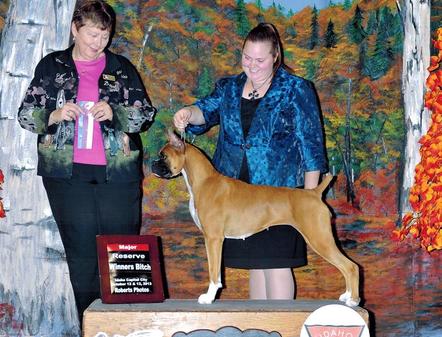 Morgan being awarded BEST OF BREED at the Wenatchee Kennel Club Dog show. Thank you to Judge Toddie Clark for this very exciting and memorable win.(shown above) 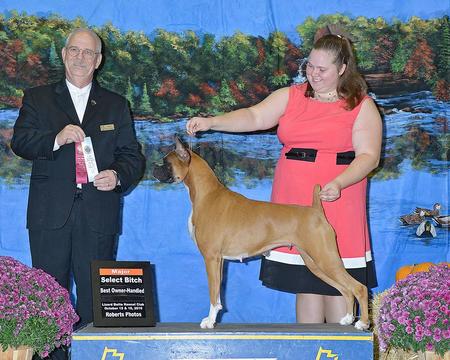 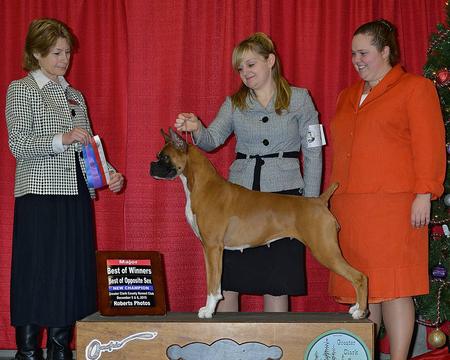 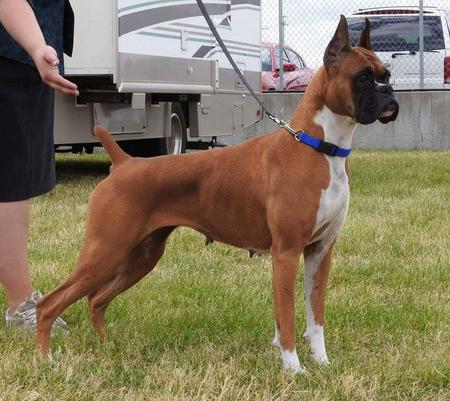