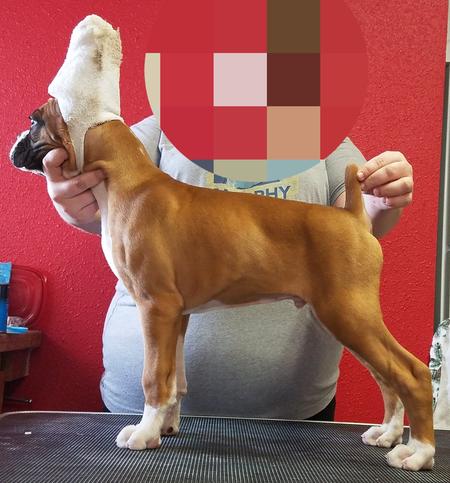 April 2019: Reed & I made a trip up to Canada and came home with a Canadian Championship.  Reed cleaned up numerous wins under multiple judges and finished off the weekend going Best of Breed, from the classes over 5 specials. Not to be done there he then went onto a Grp 3 under Judge Warren Hudson in a very competitive working group with some of Canadas top working dogs. (Pictured Below) 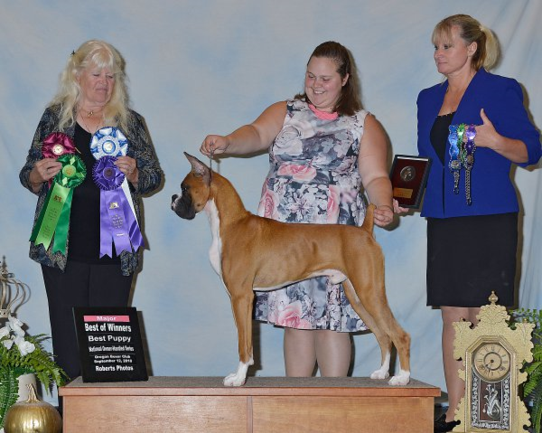 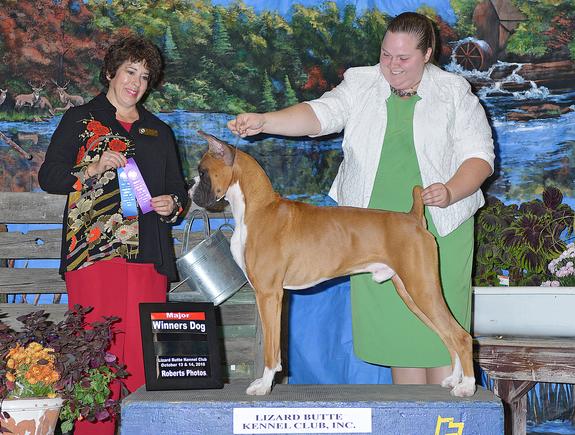 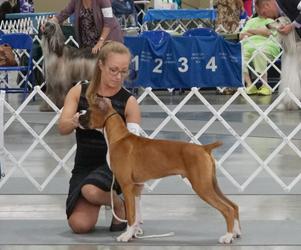 Reed is from our second bred by litter here at Stasia Boxers. This unbelievably sweet boy is such a boy thru in thru. Goofy, lovable and is so attached to his momma.

Reed was not a planned keeper but between his fantastic temperament and lovely attributes, he needed to be shown. I was lucky enough to find an amazing home locally who co-owns this big, goofy boy with me. He spends most of his time as a spoiled house dog and then gets to visit on the weekend to play "show dog".

Reed In just under 20 months has already made waves in the breed ring with multiple WD/BOW placements and swiped up his American, Canadian and International Championship, all before his second birthday. Even with his very goofy personality, he does have some smarts to his resume and garnered himself at 7 months old, his very first title, Canine Good Citizen (CGC).

Reed at just shy of 2 years old is well on his way to his American Grand Championship which includes multiple Breed and Group placements here in the US and Canada!

Reed has such a big heart and always has his tail wagging. Reed lives up to the typical “clown” personality of a boxer and never fails to keep a smile on your face or make you giggle. Reed is a special boy we look forward to what the future holds for him.

July 8th 2019:Reed was awarded Best of Breed for a 5pt GCH Major Under Judge Cindy Meyer. Following our exciting BOB win, we were awarded a Group 4 in a large, competitive working group. A huge Thank you to Judge Meyer for finding my boy at the Inland Empire Kennel Association Show. Tears of joy, all owner handled to these exciting wins! (Pictures above) 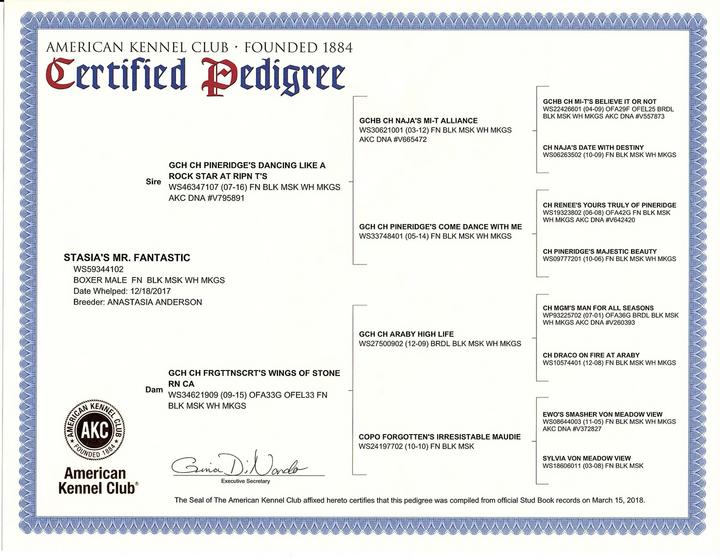 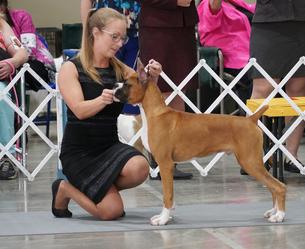 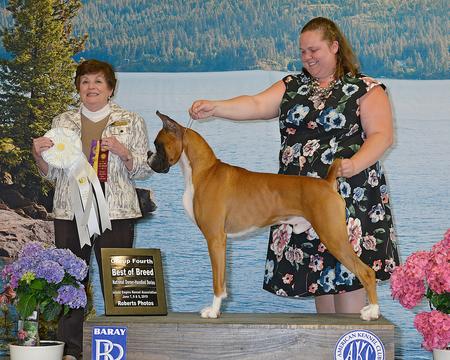 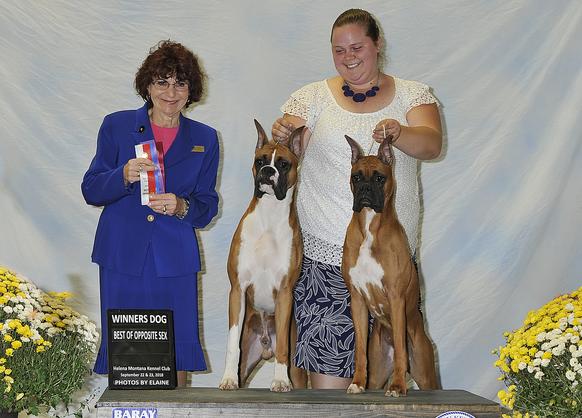 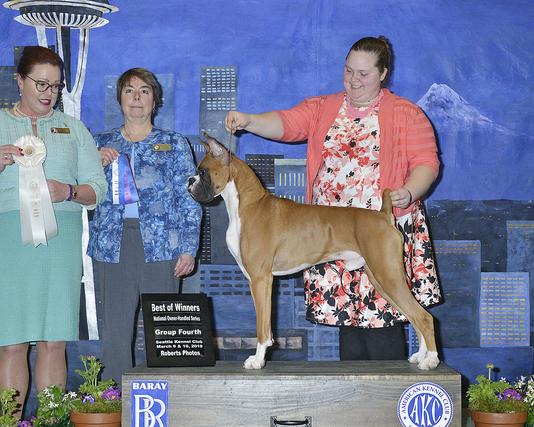 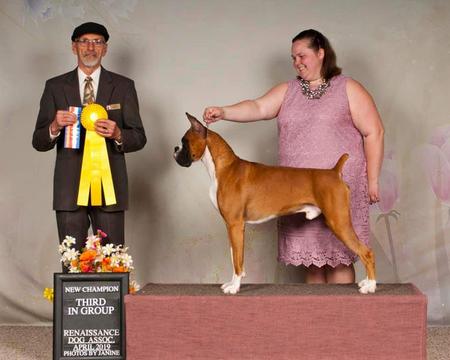 Pictured above at 10 weeks old.

September 23rd 2018:To continue his winning streak, this boy cleaned up back-to-back winners dog/best of winners at the Helena Montana Kennel Club show Under Judge Wendy Williwack and Judge Elizabeth Muthard who also awarded us an Owner Handled Group 2 (Pictured Below)

October 14th 2018: Reed is awarded Winners dog from the Bred By Class Under Judge Anne Marie Falcnor at the Lizard Butte Kennel Club Shows. This gives Reed his second Major win at just 10 months of age. Reed was seriously considered for Best of Opposite but was "out shown" by his half brother "Silas" for that exciting placement. This was a great day for "The boys of Stasia Boxers". (Photo Below)

Candid ring photos taken during Baby Puppy in May of '18 at 5 months old.

September 12th 2018: ​Reed was awarded Winners Dog/Best of Winners/Best Puppy & Best Owner Handled at the Oregon Boxer Club Specialty Show during the American Boxer Club Regionals week. This unforgettable win was awarded to us by Breeder Judge, Vera Anderson. I am still in shock over this very memorable win for our first 5pt Major out of the 6-9 month puppy class. (Pictured Below)

Reed Is available at stud to approved, health tested bitches.